Getting reluctant readers reading is so fun! You just have to think outside the box. This blog will give simple ideas to help with spelling and sentence reading. 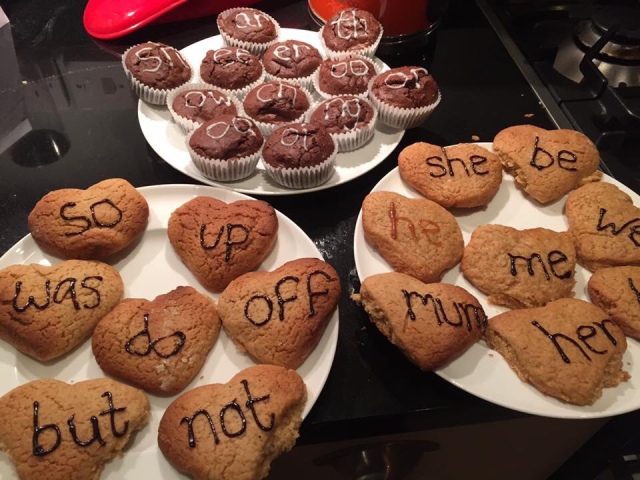 In a few of my nanny roles, I’ve done something I like to call “Baking Thursdays”, I let the children choose the recipes the day before so I can make sure I get the ingredients in, and I also encourage savoury as well as sweet. Some recipes really challenged us, but that’s the point. Sometimes they looked disastrous but they usually tasted yummy.

To turn them into even more of a learning experience (not just maths- measures and science) but phonics too, I write their current spellings, sounds and tricky words, they have to read them before they eat them, and put them in a sentence. I also asked them to choose a word or sound for other people in the house to eat.

In one role, we had swimming on the Friday so I used the baking in their packed tea, the jelly was a little tricky to transport!

On sunny days, write their spellings out large on the patio. If you don’t have a patio, use the pavement or go to the park and use the path, chalk washes away easily. The rain will wash it. Other children might learn from the words too!

Play a game where they jump on the word that you shout out. For younger learners, start with sounds.

Let them write the words underneath yours. Or say the word and see if they can write it from memory.

Hide and seek it

There are four forms to this game!

For our younger learners, it is a good start to just write the sound on a piece of paper and hide it for them to find.

I would take the word from the spelling, write it on a piece of paper and hide them around the house. Waiting in the kitchen, both siblings went around the house to find them together. Even though they were the eldest child’s spellings, the little one was so invested and got great exposure to the words. She could usually tell me what the words started (initial sound) with also.

The child has to read the word to you before they can find the next one.

You can repeat this game several times with the same words but add a timing element. How fast can they do it. Can they beat it? Repetition supports their learning.

On sunny days, hide the words in the garden or park but make sure they don’t fly away!

Same as above but this time I would write the word in a sentence. Too often, as a teacher, I would have to give spelling tests and some children would have learnt how to spell the words but have no idea what it meant. By modelling the word in a sentence, it gives the child context. You can form the sentences together and you scribe, this helps you to know if they understand.

This really helps you find if they have consolidated the learning. Write out the sentence but leave a gap where the word from their spellings should fit.

You can hide either the word or the missing word sentence but keep the other set on the table. This time, they have to put the word in the correct place. If possible, get them to write the word instead of just placing it. Can you cover the word up and they write it from memory? 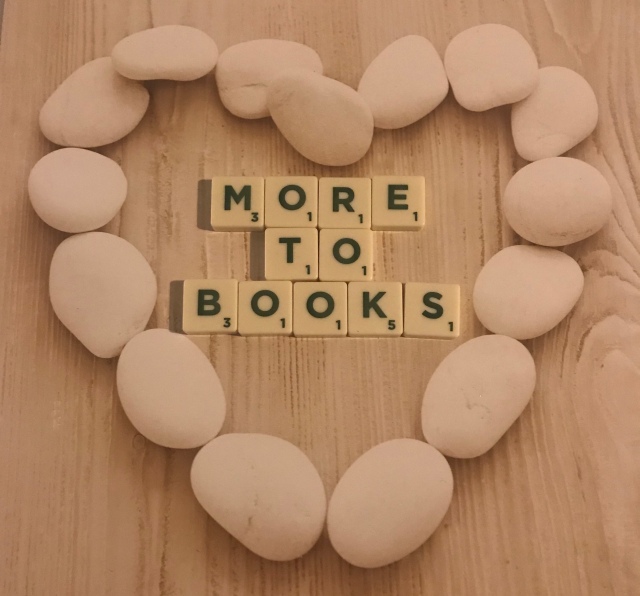 I often use scrabble letters to help with spellings or Bananagrams.

Write the word for them to match the tile to each letter.

After that, say the word and see if they can do it from memory.

In the beginning, you can give them the right tiles all jumbled but to make it more challenging add some duplicates or more letters that they don’t need.

For younger learners, putting their spellings in a word search really helps them to think of the letters in the order, plus it’s fun.

For older learners, write clues for the word and then they write the answer in.

No word of a lie, I used to make these by hand for the children I worked with. Takes time, but it is possible. Now, there are brilliant resources on the web which generate them for you:

These are easy and simple to use, print more than one copy for if they make a mistake, they don’t get too frustrated, and if they don’t make a mistake (or you use a rubber and pencil- I actually always write with pens that can be rubbed out, they are inexpensive from Wilkinson’s) they can retry it in a couple of day, it helps to consolidate learning.

Pick up a book!

Something we did for phonics and guided reading in one of the schools I worked at is called “Fastest Finger.” The idea was to play in a group but they can play against you.

You say “mirror, mirror on the wall, whose the fastest of them all, who can find the word ______?” Then the child traps the word using the index fingers of both hands. 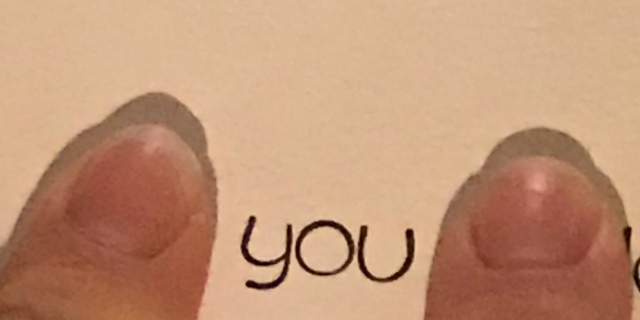 You can also do this for letters and sounds.

I check the book to see if the book has the words in beforehand. Sometimes, I would say what page it was on, but depending on the size of the book (if it’s not too big) they can search the pages.

You can say a word that isn’t there and make a joke of it. That means they can’t just guess and they will read other words that are similar. If only do this once or twice though as it can become frustrating.

You can pick up any book to play fastest finger. I mean literally any book. Even a recipe book, a magazine, the book you’re reading…so long as it has words in it…have fun!

Which activity did your child love the most?

Award- winning author of the book: “There’s more to books than reading- how to help your child bring stories to life” With a Masters in Education, I have taught as a School teacher across Northern England and have worked as a Nanny/Governess in London and across the world. I support parents and nannies to bring learning into the home in an exciting and purposeful way. Also a speaker at events such as NannyPalooza and the International Nanny Day 2017 and featured in the Nanny Magazine (USA) and Childcare Magazine (UK) View more posts