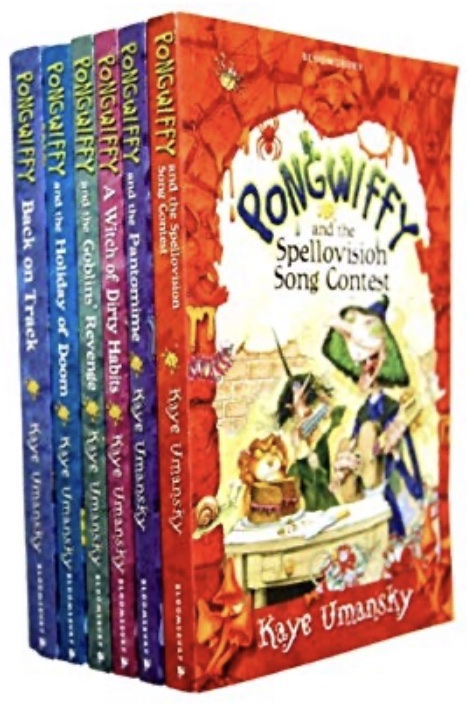 Pongwiffy was one of my favourite book series when I was in lower key stage two. I even made a fancy dress outfit, entirely by myself for a dress up day. I won an award for it. It was probably the only non-bought outfit. I probably looked a mess, but hey! That was the point.

On researching this book for you, I found out that they made a cartoon of it! With French and Saunders. Honestly, I’m thinking of checking that out as an adult!

For younger learners, there is the wonderful Meg and Mog. 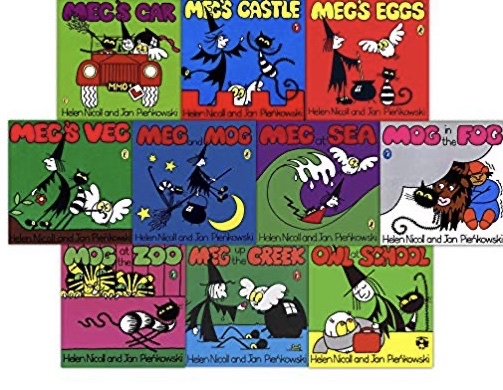 There’s so many wonderful maths activities you can do which can suit young and older learners with a few little tweaks.

One of my favourite is Cauldron Maths.

Make a spell and ADD in literally whatever they want! It makes it better if you can do it physically, so draw the pictures or use soft toys.

One to one correspondence

Just choose one animal, such as 5 frogs!

Then help the child put the frogs in one by one and support them to count!

One frog, three cats and 6 mice!

If you have older siblings. Keep the same animals but they have to put the eyes in!

You’ve transformed a simple addition sum. Every animal has to be doubled.

And then add them altogether.

To make it harder, do legs! So it’s times by four. (Unless you do owls and then they have to two times table and the four times table in the same sum!)

Or even say eyes and legs! Multiplying by 6 if it’s a mammal and 4 if it’s a bird.

You could even use made up monsters, so they can make their own monsters with as many eyes or legs or wings as they wish…and that generates the sums.

Immediately, if you put those in the cauldron, you could practise your 8 times table.

But I’m more excited by the spiders web! 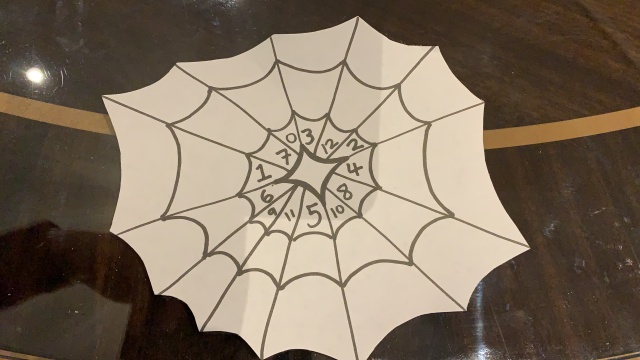 This can be used for younger learners as well as old. I actually was inspired by Twinkl which is a great resource printing membership, they had targets, like a dart board. But I wanted something more halloween-y!

You can use it as an activity for number formation.

You can do one more, one less!

For older learners, you can put the number of the times table in the middle, and then fill out the answers.

I put 0 on because when you times by zero, the answer is always zero. It’s a good one to reiterate as some adults don’t even know that!

You can’t go wrong with a Julia Donaldson book. She is amazing. And this book is literally helping your little ones how to learn to count, and if boys aren’t excited by the spiders, they will be about the football.

(Nb girls generally take to most content and I’m all for books that get boys motivated to read or indeed count. I’m fully aware that girls can like football and spiders as well, and boys can have other interests. From a child centred approach, I’d say, find something your child is interested in and run with it- regardless of sex or gender)

Also, have a look at non-fiction books with spiders in them. 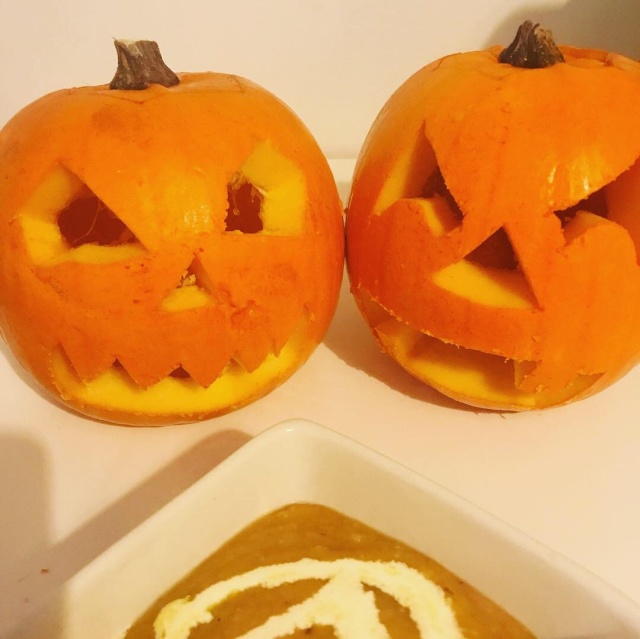 Aside from the carving, putting faces on a paper pumpkin can help your young child with shapes. Provide a pumpkin template with small triangles, circles, semi- circles, squares and rectangles to create their face while talking about how many sides and corners/edges they have. Repetition is key, the more you look at them, talk about them, count sides and corners, the easier it will be for them. I like to sing songs at the same time.

I love to do baking Thursdays, but with my new nanny family we have changed it to cooking Thursdays so they can make their own main meals. (It’s a day with no clubs and less home work)

So next week, we will be using the pumpkin after we’ve carved it.

As well as all the maths and science and art that goes along with it!

Enjoy Halloween and send me pics of your little ones all dressed up!

Me as a skeleton for Halloween

Award- winning author of the book: “There’s more to books than reading- how to help your child bring stories to life” With a Masters in Education, I have taught as a School teacher across Northern England and have worked as a Nanny/Governess in London and across the world. I support parents and nannies to bring learning into the home in an exciting and purposeful way. Also a speaker at events such as NannyPalooza and the International Nanny Day 2017 and featured in the Nanny Magazine (USA) and Childcare Magazine (UK) View more posts